My AmeriCorps Year with the LCG

As part of my final few days with the Lewisburg Community Garden and Bucknell University, I’ve been asked to write about what my experience over the past year has been like. Let me start off with a story that really showed me how far I feel I’ve come.

A few days ago, I was driving back to Lewisburg in the middle of a heavy thunderstorm during the early stages of rush hour traffic. I had been in the car for several hours and was getting anxious to arrive at home. After some traffic cleared, the road opened up again, but the rain started falling even harder. After a few more miles, I watched a car in the oncoming lane hydroplane over the median and collide with two cars 75 feet in front of me. One vehicle was relatively unscathed; it had only a big dent in the rear bumper. The others looked as though they had been hit by a grenade. In that moment I knew I had to do something to help. I pulled over, quickly prepared myself for the worst, and ran out into the rain to give first aid, clear the road, and help in any way I could.

Thankfully, nobody was severely injured or in need of any dramatic aid — airbags save lives but they’re really loud when they go off. Witnessing the accident, I’m incredibly thankful the worst injuries suffered were some temporary deafness and shock. With the help of one truck driver directing traffic, those involved in the accident quickly moved the vehicles and debris from the road and waited for authorities to arrive. For what had actually happened, the damages only seemed like a minor accident; but one person had a profound impact on me and how I see myself as part of this world. The driver of the least damaged vehicle was a registered nurse and tended to a small child who was shaken from the accident. She did so with an astounding grace and empathy for the child in that moment. She felt a sense of duty to help a total stranger in the pouring rain and not react in anger or frustration over the situation. Where many others would have panicked or escalated at the inconvenience, she knew she had a duty to others before herself. I realize now that this is the kind of person that I’ve always wanted to be. I think I’m closer to that ideal now and I have AmeriCorps and all the people around me to thank for that.

This past year was anything but the typical experience of an AmeriCorps VISTA member. I left a term of service with my former host project a month early because this opportunity presented itself as such a unique way to increase food security in a more rural area. As much as our political and economic systems claim they care about small towns and rural parts of the United States, policy doesn’t always reflect that. It takes projects like the Lewisburg Community Garden to demonstrate how small communities can have a meaningful impact. When I heard about how this program operates, I knew I had to be a part of it.

I was excited and terrified to come into the program. As a graduate of Susquehanna University, I had been to Lewisburg many times and I relished the thought of living in such a beautiful, charming, and vibrant town. I also felt blessed for the opportunity to serve at an institution with the prestige of Bucknell University, especially considering the rejection letter I got from them in high school and never told my parents about (sorry mom and dad!). I was excited for where my life was going, until I realized I knew nothing about how to grow plants or effectively run a garden. I thought suckering a tomato had a drastically different meaning than it actually does. I learned pretty quickly how to be effective in my job thanks to spending a week with the former VISTA Kevin Zuidervliet, as well as Mark Spiro and Kyle Bray. I got the hang of it pretty quickly and before I knew it, I was growing actual food.  Great food in fact. 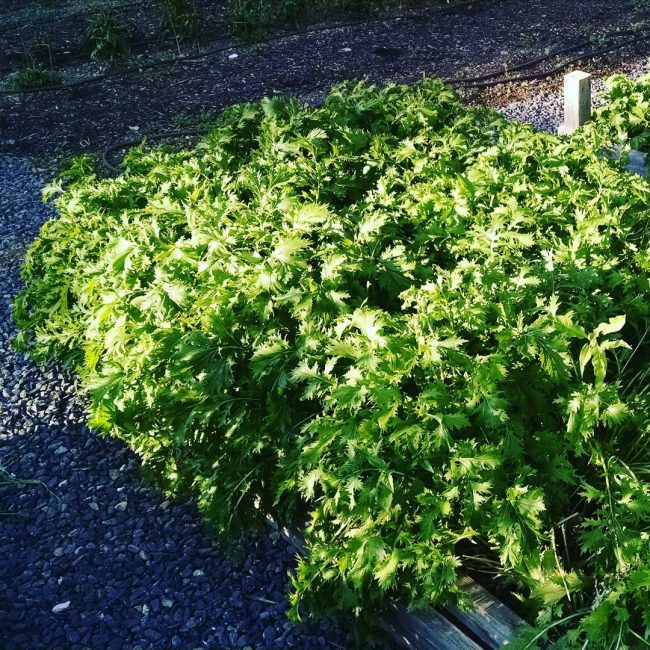 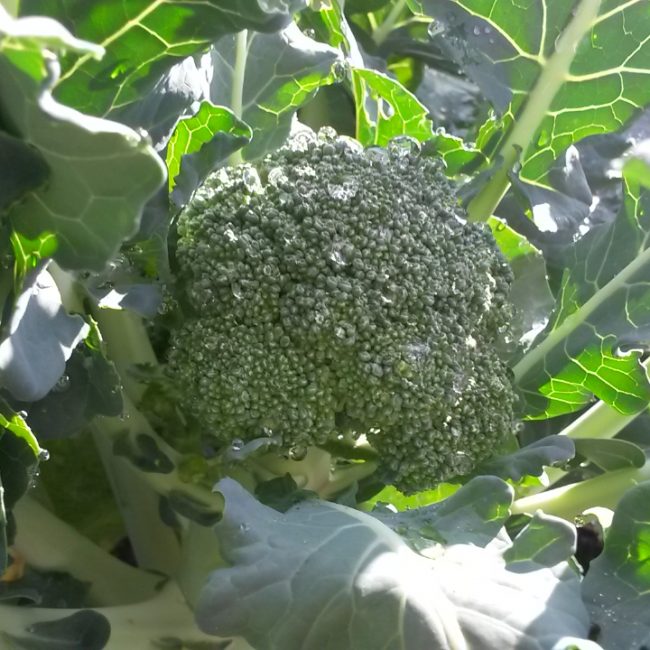 Growing things and managing the Garden space quickly became my passion. I was happy to be just a few blocks away from the garden, knowing I could go over any time and enjoy this hub of sustainable, organically-grown produce. I loved seeing students interact with nature and life itself instead of their phones. It was exhausting but I was sad to see the garden close for the season. During that time after we decided to pilot some season extension techniques and I got really, really good at building low tunnels. We kept growing through the most mild November I can remember and all the way up to the end of the term. In all, our season extension bore an extra 125 pounds of produce during a time when people have the least access to it. Donating fresh spinach, kale, carrots, and turnips at that time of the year filled me with pride. I knew we were doing the right thing even though it wasn’t easy. 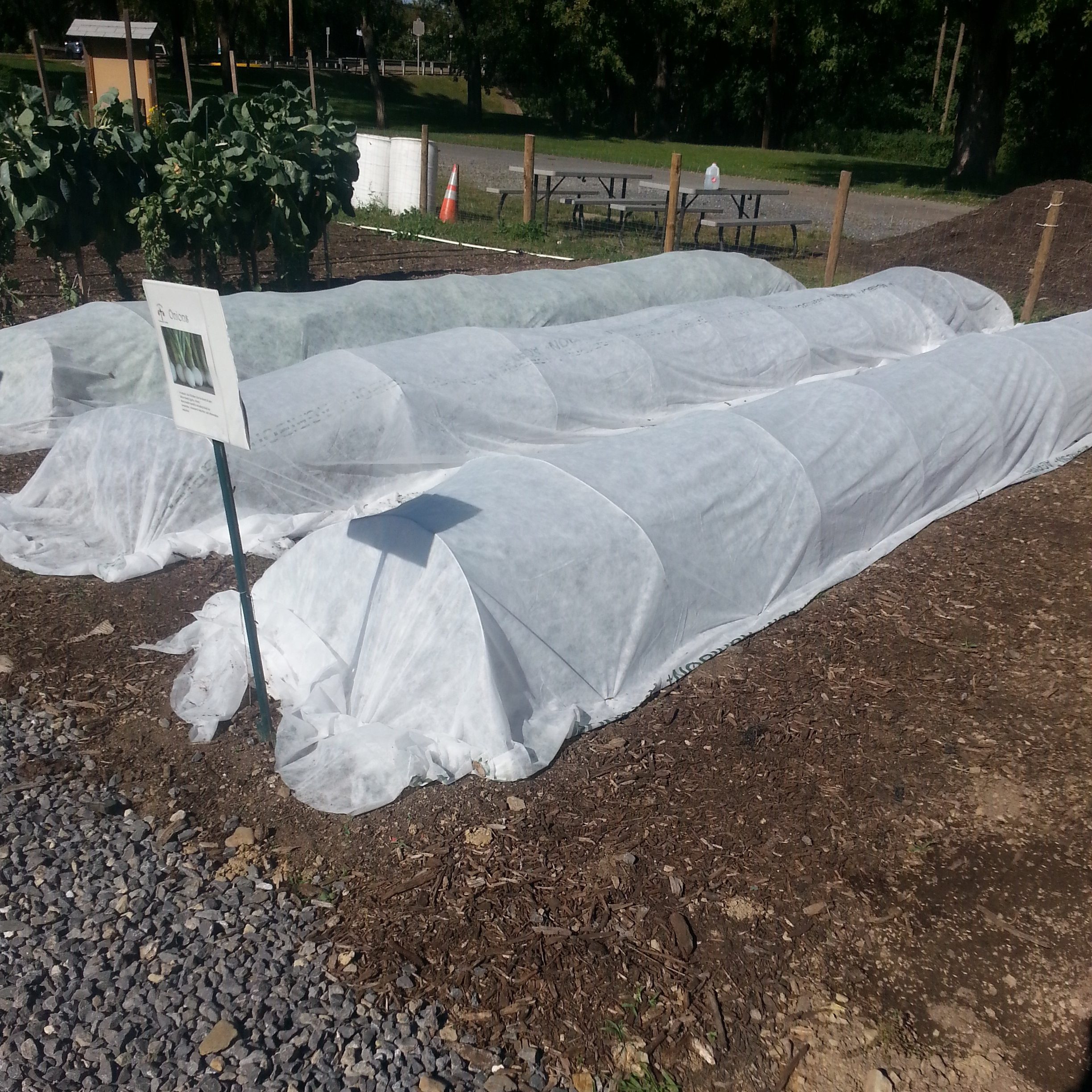 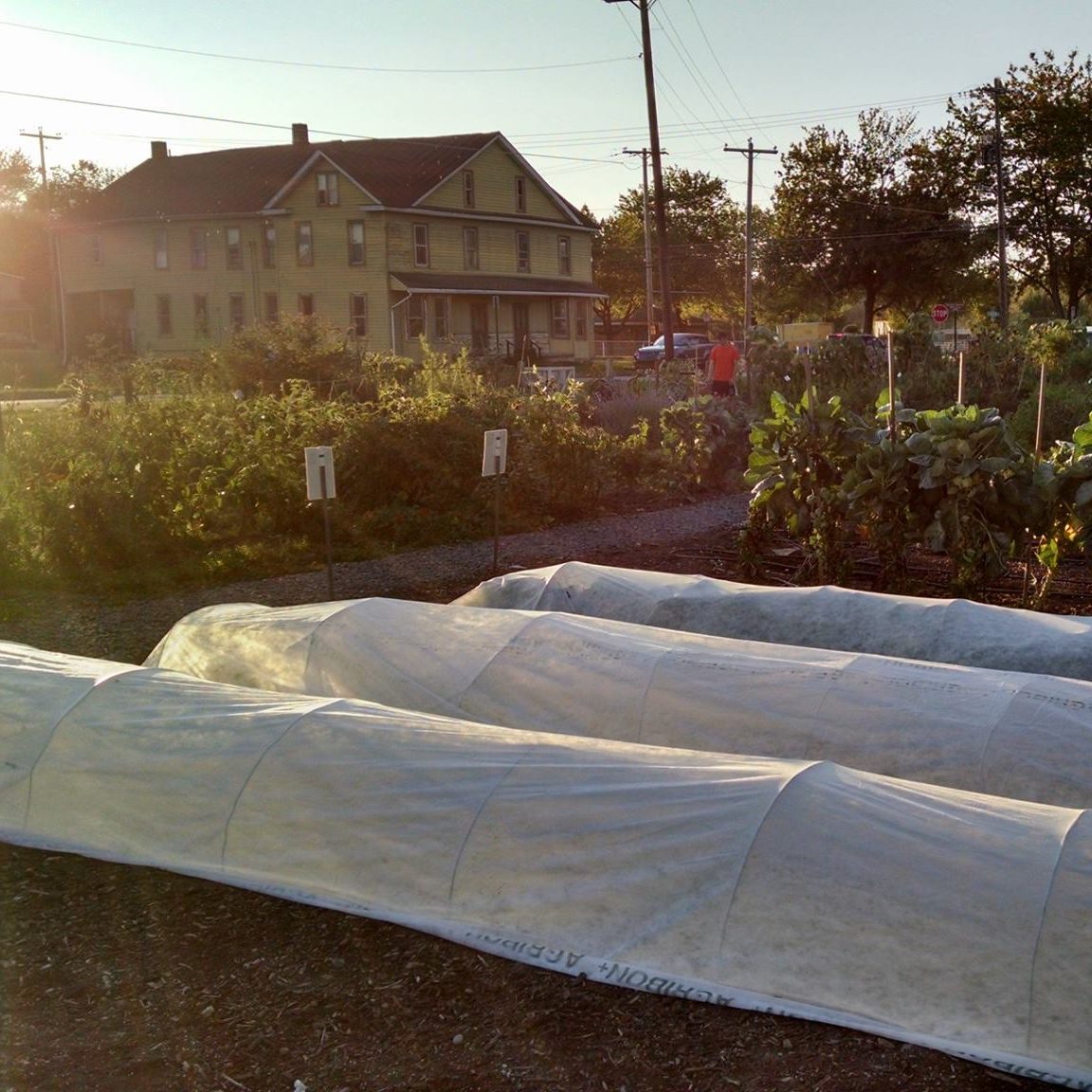 My greatest challenge of the year was about to start, but thankfully I had learned to trust the people around me to overcome all the obstacles in place. The LCG’s Plant Sale required far more planning than I ever could have imagined. It sounds so simple.. Grow 2000-3000+ plants for a fundraiser sale. Tomatoes always do well and so do flowers. Grow things that people want. Super easy until you have to figure out how to vernalize an artichoke, germinate black eyed susans in the refrigerator, and fit 1600 plant starts under 4 growing lights at the same time. Once we figured out how to do all that, the plants were strong enough to go to the greenhouse. Now you have to move 2000-3000 plants in a sedan in the middle of winter to a greenhouse where you’ll eventually have to transplant them into a bigger container. January through April was mentally exhausting, and I couldn’t wait for May to come for this to be over with. Clearly, I wasn’t thinking about how hot this summer would be out at the garden.

The Plant Sale itself was my high point for the year — not just because we raised a lot of money, but because we saw how willing the Greater Lewisburg community was to support us and our mission. We sold a few thousand plants, raised a few thousand dollars, and got the Garden ready for a great summer. I have to take a minute to thank everyone who helped with this, from the Office of Civic Engagement staff at the sale, the work study students who grew and cared for all these plants, and all the volunteers in between. Nothing this successful is ever done alone and without some blood, sweat, and tears shed for the cause. I owe my success to those who guided me and worked alongside me over this past year. 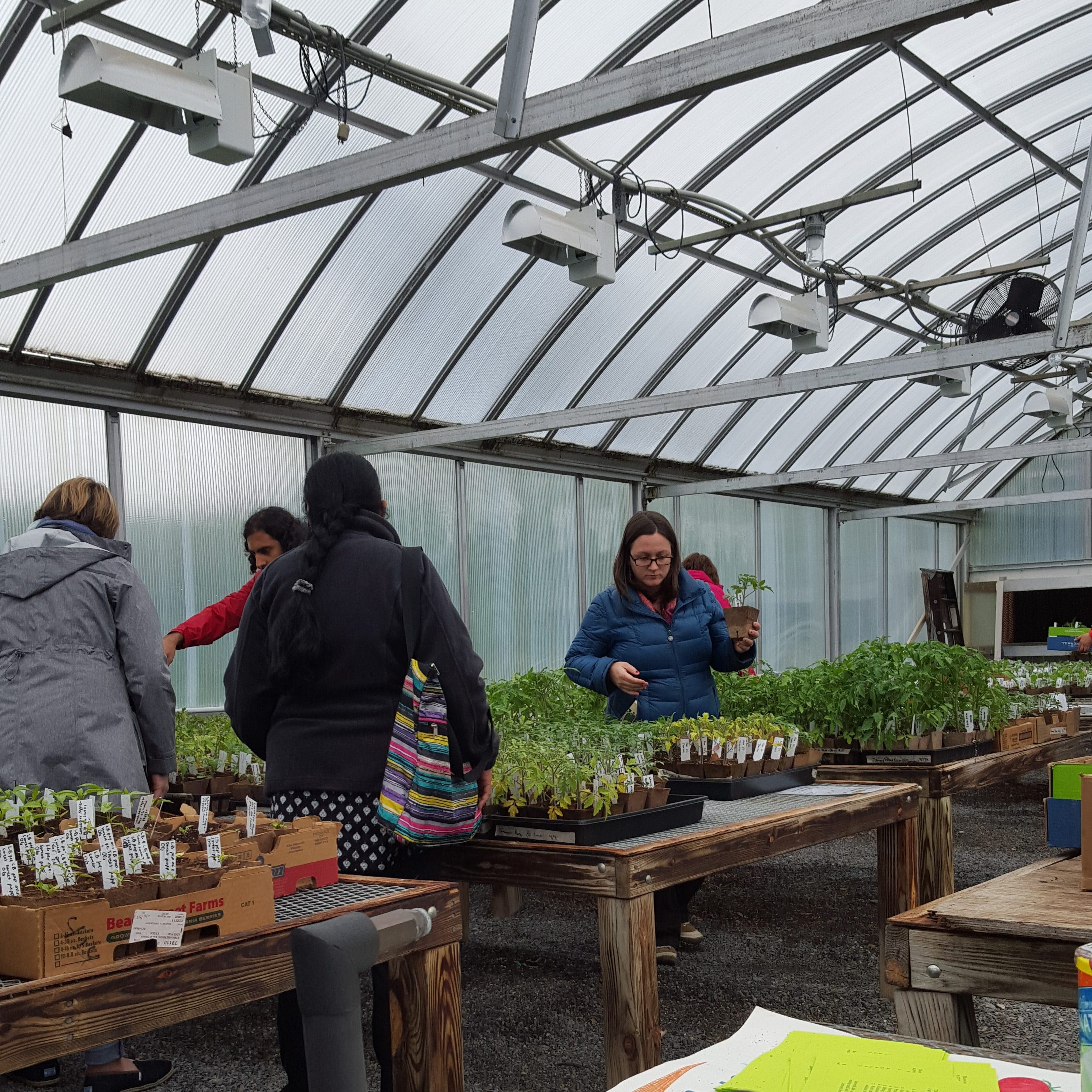 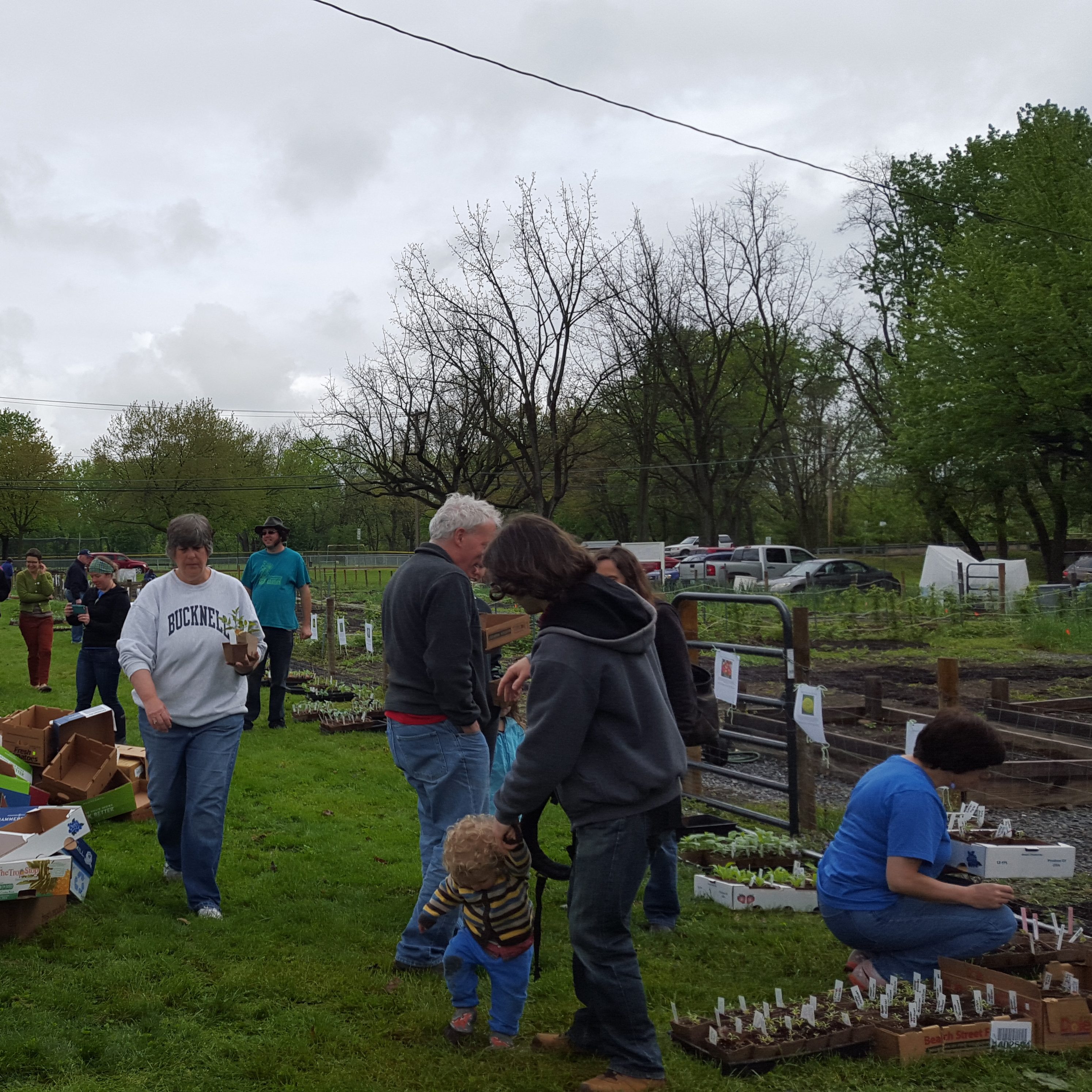 Once the sale was over, there was no time to relax. It was time to get the Garden back up and running again. Our office hired two really fantastic Summer AmeriCorps members, both recent graduates, to tackle some of the Garden’s summer problems. Two more interns and two of our work study students have been instrumental in making the garden all it is right now. Meghan, Traci, Seneca, Caroline, Taylor, and Katie have all worked extremely hard on getting the Garden to such a great place. I think by next week, we will be 1000 pounds into our goal of growing 3000 pounds of produce this year. I’m filled with pride at the work and dedication put into the Garden and I’m delighted to see so many likeminded people buy into our mission. 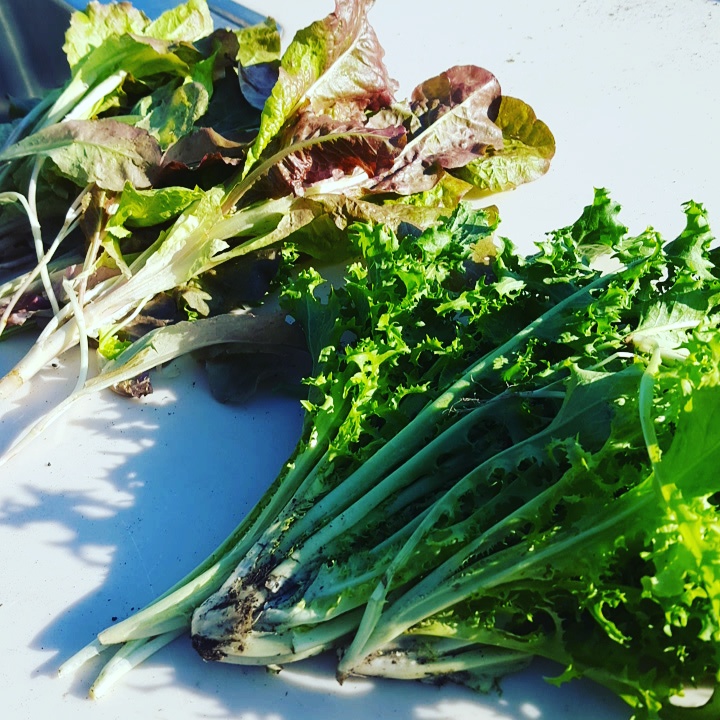 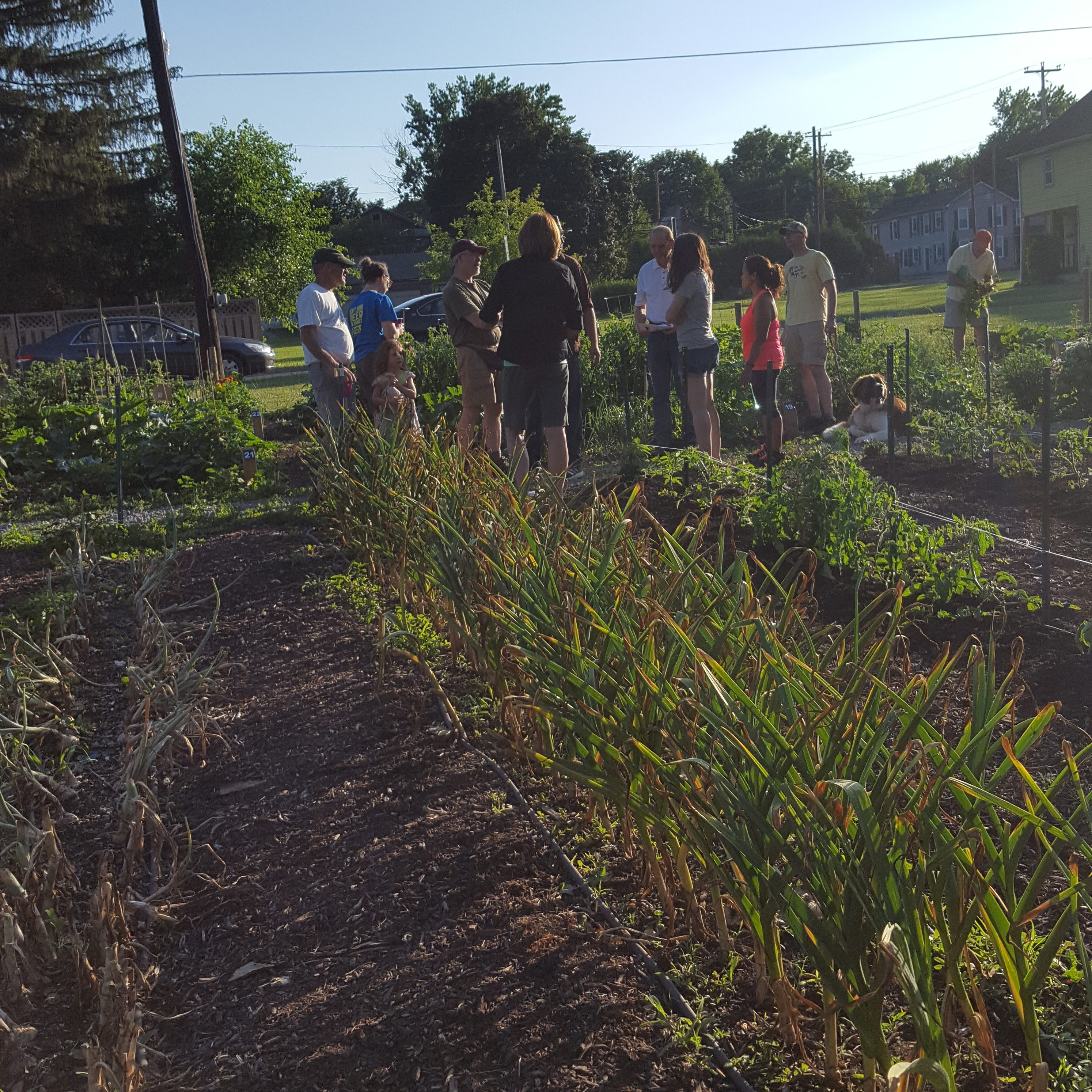 I think this summer has been the most trying and most rewarding time of my life. It also embodies a lot of the struggles that any AmeriCorps member faces. My living situation changed and I needed a second job to make ends meet. I found a great opportunity managing the Glenpool Club during any spare hours that I had, but I inevitably stretched myself pretty thin. I was still in the hunt for my next job, all while dealing with the reality of my 12-month lease ending during my 13-month job appointment. The mental anguish of working your butt off at two jobs while facing potential joblessness and homelessness is really difficult to swallow.  You don’t get this far into AmeriCorps without having plenty of people by your side to help you, and the Lewisburg community did not disappoint or abandon me. I got far more offers of support than I ever should have expected and I knew I was surrounded by genuinely great people.

The Glenpool Club job gave me a great opportunity that I never would have taken on my own: I had to become a certified lifeguard in order to work for them. Lifeguards are trained on how to react during an emergency and know that you may be called on at any moment to save someone. I took and passed the class and finally felt prepared to contribute if there was any kind of emergency at hand. And that brings me back to the car crash.

The crash occurred on PA-33 N, a corridor between US-22 and I-80 in the Lehigh Valley. I never thought I would be there until two weeks ago. I was coming back from seeing apartments in Bethlehem, where I will be starting an amazing new job at the beginning of August. I saw what had happened and knew in the moment that I had the skills to help the situation. More importantly, I had the courage to pull over and get out of my car in the pouring rain rather than just keep going. I don’t like to think about it but the old me would have probably kept driving. This past year gave me the ability to make a difference in the face of uncertainty. I’m far better equipped to handle all the challenges of life have an impact in people’s lives. If the worst happens to me, I can still grow my own food and survive off the land. I found a new way to love food and appreciate all the hard work it takes to feed the world and do so in an ethical and sustainable way. I never forgot that you don’t get to choose the people who need your help. Most importantly, I figured out how to learn from my mistakes and remember that failure isn’t the end of the world. Sometimes seeds don’t germinate and plants die. Sometimes people don’t like the food that you cook. Failure is only failure if you don’t learn something from it so never be afraid of it.

Lewisburg itself brought out a lot of good in me and I’ll miss it when I leave on Saturday. I’ve gotten a lot of good advice over this year and I hope you’ve learned something from my year here. My best piece of advice to carry with you comes from the late Jimmy Valvano, the former coach of the improbable 1983 National Champion North Carolina State University basketball team:

Also, it wouldn’t be me posting something about my life without sharing a photo of this goofball. Thanks for the unconditional love Sunny 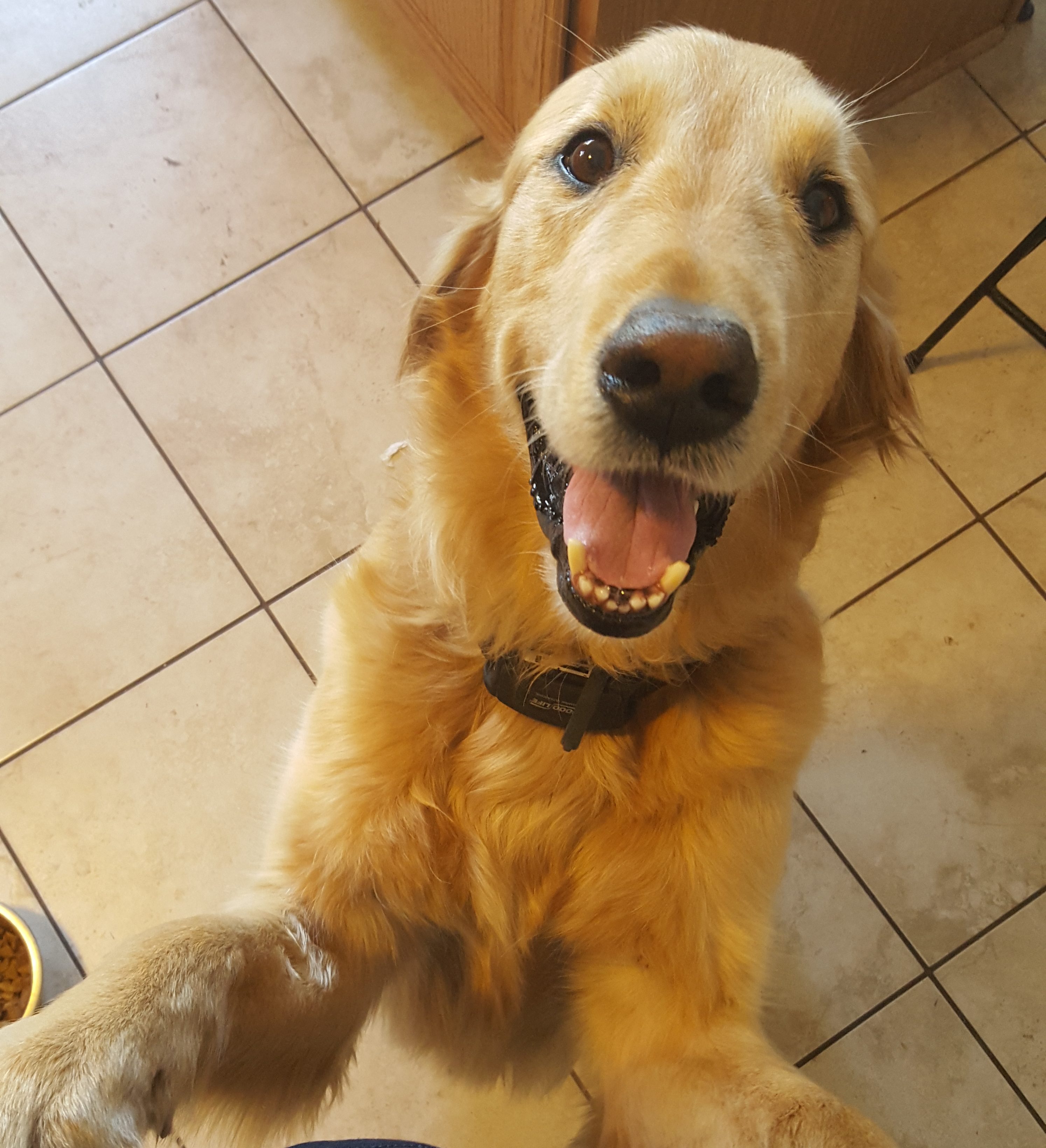 Posted by Matt Varner on July 27, 2016
Comments Off on My AmeriCorps Year with the LCG

The following links are virtual breadcrumbs marking the 12 most recent pages you have visited in Bucknell.edu. If you want to remember a specific page forever click the pin in the top right corner and we will be sure not to replace it. Close this message.